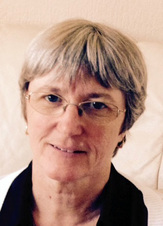 Sandra has been involved in the CCP since 2002 when it was established by Christchurch Borough Council. In 2011 when the Partnership achieved independence from the Council, its role changed and it became an independent local charity and Sandra took on the Chair the following year, succeeding founding Chair, Dr Bob Gilbertson. In 2021, Sandra became Chief Executive Officer.

For many years Sandra served as minister for community in a local church, and in her “previous life” owned and ran a local Estate Agency for 24 years, after teaching for several years in London.


​The CCP's vision of "building a better Christchurch together" has two strands. Firstly, to work collaboratively with all of the other statutory, voluntary and 3rd sector organisations across Christchurch, to identify gaps in provision. Secondly and to directly deliver services needed by the community.

Sandra is passionate about community, and particularly those who feel excluded.  It was that concern for the vulnerable and marginalised which lead Sandra and several others, through the Christchurch Fellowship of Churches, to establish Christchurch Food Bank, which she chaired until 2017, as well as developing CCP projects which addressed the needs of the whole community.  The CCP works very closely with the Council, the Food Bank and all of the other statutory and voluntary organisations in the borough, on a wide range of issues including homelessness, domestic violence and social isolation, and feels this is essential, as so much more can be achieved when the whole community works together!

Back to Trustees and Officers